Your present location：
Homepage
/
NEWS
/
Industry
/
The land market in some hot cities is heating up obviously, and the real estate market is going to be "hot"?

The land market in some hot cities is heating up obviously, and the real estate market is going to be "hot"?

The land market in some hot cities is heating up obviously, and the real estate market is going to be "hot"?

(Summary description)CCTV news: not long ago, the sales prices of 70 large and medium-sized cities in April this year showed that housing prices in most cities have increased by different ranges. The land market has always been the basis of the property market. How is its situation? Let's see the reporter's observation.

CCTV news: not long ago, the sales prices of 70 large and medium-sized cities in April this year showed that housing prices in most cities have increased by different ranges. The land market has always been the basis of the property market. How is its situation? Let's see the reporter's observation.

Zhao Xiuchi, Professor of Capital University of economics and Trade: "it shows that the land (market) is developing in a stable direction. It is not as hot as the outside world says. The government has also stabilized the social expectations through a series of policies, such as price limit, purchase restriction, loan restriction and sales restriction, etc., which actually stabilize the impulse of developers to take land."

In the land market, the most concerned is the residential market. According to relevant statistics, from January to April this year, a total of 290 million square meters of residential land were launched in 300 cities across the country, which was basically the same as that of the same period last year; the turnover of 240 million square meters was about 5% lower than that of the same period last year.

Huang Yu, executive vice president of China Index Research Institute, said: "we are not likely to blindly take land. We also know that the future development of the (property market) for real estate enterprises, whether from the market level or from the management level, will be more and more demanding. Generally speaking, we are relatively cautious in land acquisition."

Experts said that last year, the land market continued to regulate, and some enterprises took less land. Since the first quarter of this year, the pace of land pushing in various cities has slowed down, and the overall supply and demand of the land market has declined. Especially in the context of stricter regulation and financial environment, there will be no big fluctuations in the national land market.

Some hot cities are warming up obviously

Although there is no big fluctuation in the national land market, the reporter found that since March this year, the land market in some hot cities has obviously increased, such as Hefei and Nanjing where land transactions are active.

On April 30, eight plots of land were put up in Nanjing, attracting more than 60 real estate enterprises to participate in the bidding. Finally, all of them were sold, and the transaction amount reached more than 7 billion yuan. In addition to Hefei and Nanjing, the recent transaction price of Jinjiang plot in Chengdu, Zhonglou plot in Changzhou and Xinwu plot in Wuxi is far higher than the original regional highest level. 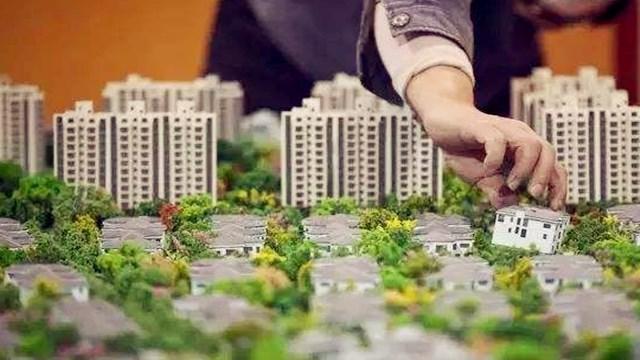 Liu Hongyu, director of the Real Estate Research Institute of Tsinghua University, said: "then the overall market is not as competitive as we said in the past, and not every city is blooming everywhere. In fact, it is only in individual cities and some high-quality plots that there will be such competition, so it is a relatively special phenomenon. "

In view of the market warming situation, the local government issued relevant policies as soon as possible to cool down the land market. Hefei issued the announcement on further clarifying the qualification examination of bidding, tightening the land bidding rules, and making it clear that affiliated companies are not allowed to apply for bidding for the same land. Nanjing has also adjusted the scale of land supply this year in time. In 2019, the city plans to transfer land to 900 hectares, including 620 hectares of residential land. In the second quarter, 32 key plots will be listed in Nanjing, and 82 plots will be listed in the second half of the year.

Zhao Xiuchi, Professor of Capital University of economics and Trade: "the government has constantly introduced a series of such regulatory policies, which actually show the people that the government has great determination to regulate and control. The effect of these measures is to stabilize the prices and expectations of housing prices as required by the Ministry of housing and urban rural development. Land price is a cost of house price. If the land price keeps rising, the house price will go up. If the house price rises too fast, we will speculate on the house as the demand of investment. Therefore, we can stabilize the house price only by stabilizing the land price. "

For the future market trend, Liu Hongyu, director of the Real Estate Research Institute of Tsinghua University, told CCTV reporters that the domestic land market will still be in a stable development trend.

Liu Hongyu also suggested that in the next step, all localities should strengthen the supervision of land supply, promote the development of stock land to form the actual supply, strengthen the communication and coordination of relevant departments and information sharing, and strengthen the overall supervision.

In fact, in order to stabilize the domestic land market and the whole real estate market, both the central and local governments have issued a series of policies and measures.

In mid May, the people's Bank of China said that it would continue to strictly follow the positioning of "houses are used for living, not for speculation" and the goal of "stabilizing land prices, house prices, and stabilizing expectations", so as to promote the establishment of a long-term mechanism for the stable and healthy development of the real estate market, curb the excessive flow of liquidity to real estate, and promote the formation of a virtuous circle between finance and real estate.

At the local level, the leading mode of "one city, one policy" has made the policy adjustment more precise. For example, Zhengzhou, Harbin and other cities have relaxed the provisions on the deposit of provident fund and the amount of loan for house purchase; some cities such as Henan and Guizhou continue to strengthen the supervision of the real estate market and rectify the market chaos.